Samsung Galaxy S4 to be unveiled on 15th March. Goes for Sale in April [Rumour]

Samsung’s flagship mobile the Galaxy S series has always been subject to rumours. It’snot surprising though, as most Android-fanatics wait for leaks, 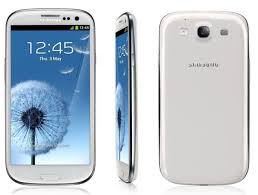 speculations and reports surrounding Samsung next greatest smartphone, the Galaxy S IV. Although, it has been a common tradition for the Galaxy S series to have large 4+ inches screens, processors that literally pack a punch and exciting specifications, the Galaxy S mobile often don’t come down too good in terms of pricing.

The critically-acclaimed Samsung firmware website Sammobile has recently uncovered that the date for Galaxy S4’s release would be the March the 15th. What makes this date highly probable is the fact that the S4’s predecessor, the Galaxy S3 was released on a similar date range. Further information also states that this date is highly expected for the European region, other regions and continents will probably have a later date, as it after all Europe which has enjoyed the very-first releases of many famous smartphones. Furthermore, accessories for this spectacular device are expected to be released from 8th April onwards.