Ever sat down and thought, How fast this world seems to develop? Just Yesterday, another milestone in the history of printing(or should I say 3D 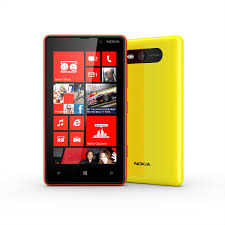 printing?) occurred when Nokia released a “3D Printing Development Kit” for it’s top-range Lumia 820 smartphone. This surprising kit comprises of recommended materials, measurements, mechanical drawings and few other documents that would let you build your very own customized back-cover.

Here are Nokia’s representative John Kneeland own words, “You want a waterproof, glow-in-the-dark phone, with a bottle-opener and a solar charger? Someone can build it for you – or you can print our own!”

Nokia which was a market-leader a decade or so ago was sub-dued with newer rivals such Apple, Google, Samsung and other smaller firms such as LG. However, this new 3D printing development shows how motivated Nokia is to regain it’s former position. Representatives from Nokia announced in a blogpost that the 3D printing files were already available for download on the website the firm maintains solely for developers.

Nokia has said that it had already finished prototyping this developement behind it’s doors, but decided to release it publicly so the technology’s “incredible potential” could be noted.